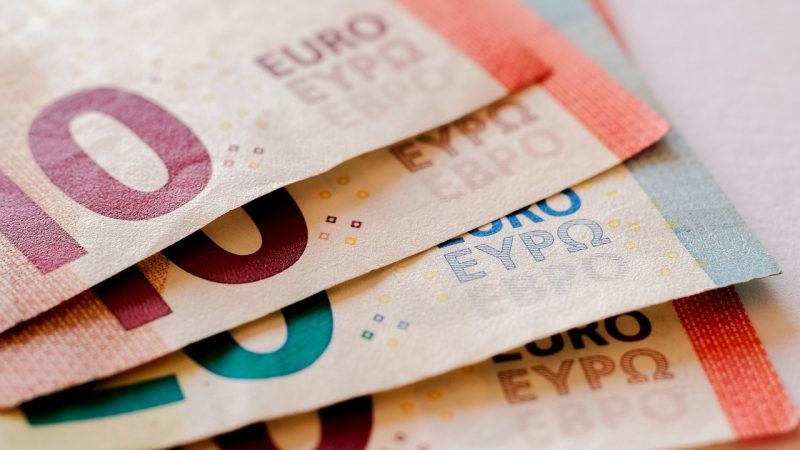 No cuts in cohesion and agricultural funds, greater flexibility and less administrative burdens. That’s how the Czech Republic and Poland see the future EU’s budget.

European long-term budget for the period after the year 2020 is still unknown. European Commission presented its proposal of the Multiannual Financial Framework in May and since than negotiations between European institutions and Member States are taking place. Deadline for the agreement is the end of April 2019 because than the political chessboard will be changed due to European elections.

The Commission’s proposal reflects new challenges that emerged recently such as migration crises or brexit. For example, the EU would like to more support its external borders and cut the amount of money dedicated to agricultural policy. In Commission’s view some changes should be done also in the matter of cohesion policy – new criteria are proposed for the funds distribution because states that receive bigger piece of funds in current period are richer than before.

Among the new factors of funds redistribution there is a level of unemployment, education, climate change or migration, but for Poland is this new way of distributing funds between states unacceptable.

Cohesion as a top priority

“The Commission decided to cut funds for the most important pro-investment policy in the EU and to transfer their part to other purposes,” claimed Zbigniew Przybysz, who speaks on behalf of the Polish Ministry of Investment and Development (MIIR).

“If this budget passed, it would mean less investment. It’s hard to do more for less. We are ready to find a compromise so that the distribution of cohesion policy funds is fair,” noted the representative of MIIR.

Both Poland and the Czech Republic remain net receivers from the EU’s budget and cohesion policy has its special importance for them. The policy supports economic growth and employment throughout the EU and is a key source of investment financing in Central and Eastern Europe. The cohesion budget covers up to 60 percent of public investments in this region.

Szczepanik: It was reminded that the process of reducing development differences between Member States is not yet advanced enough to limit spending on these policies.

States such as Poland, the Czech Republic but also Bulgaria, Romania or Baltic states emphasized the effectiveness of cohesion policy and the CAP even before the announcement of the European Commission proposal.

“It was reminded that the process of reducing development differences between Member States is not yet advanced enough to limit spending on these policies,” said the expert of the Polish Institute of International Affairs (PISM) Melchior Szczepanik who also emphasized that above mentioned countries expressed willingness to consider a higher contribution to the common budget, which would exceed 1% of the EU’s gross national income (GNI), established for the current Multiannual Financial Framework.

“The Czech Republic and Poland can agree that we need to strengthen the cohesion policy and its funds. It’s a big issue and we can move ahead together,” said Lubomír Zaorálek, former chief of Czech diplomacy and current head of the Czech’s Parliament Committee for Foreign Affairs.

Sobíšek: Common interest is reducing proposed EU funds shifts from the Central-European countries to Southern ones.

Due to the cuts, the effectiveness of funds redistribution will be much more important than before. According to the Union of Towns and Municipalities of the Czech Republic, regions need investments into local transport infrastructure, parking lots, public services, free-time activities and tourism.

Non-governmental organisation also expressed its wish to face less administrative burdens in the future. “The projects should be focused on its benefits for the society not the amount of conditions that have to be met during the project realisation,” said the Union.

Regional development has great importance also for Poland. That’s why heads of national parliaments of both countries met this year. Radek Vondráček on behalf of Czechs and Marek Kuchciński on behalf of Poles said that their parliaments should unify their positions.

Kuchciński: We have to strengthen the bilateral cooperation between parliamentary committees and create common approach to the future European budget.

“Our common goal is to join national parliaments at maximum level into to the creation of European legislations, communicate more with the European Parliament and ensure that positions that we shared will be present in the Europe,” said Vondráček.

Kuchciński agreed with this approach and added that they should focus not only on cohesion policy but also on Common Agricultural Policy (CAP).

“We have to strengthen the bilateral cooperation between parliamentary committees and create common approach to the future European budget,” noted Kuchciński.

Czechs and Pols as strong players?

The Czech Republic and Poland often share its views with Slovakia and Hungary, too.

“V4 countries present similar position during negotiations of future programming period. They are focusing on cohesion but also on simplification of funding and more flexibility in money redistributing,” said Olga Letáčková from Czech Ministry of Regional Development.

Letáčková: Together the V4 consists a strong voice in the EU that can push its own agenda.

Visegrad group started the debate on the EU’s future budget two years ago to make the voice of four countries stronger during the negotiations on the European level. Together they consist a strong voice in the EU that can push its own agenda, said Letáčková.

But it is important to mention that Poland and Hungary are considered as a ‚rogue states’ these days.

The dispute over the rule of law will make it difficult to fight for Polish interests in the course of budget negotiations. The government has a lot to win and negotiate. Weaker negotiating position of Poland – the largest beneficiary of the EU budget – is in favour of those who do not want to pay more to the EU budget. Among these countries is the Netherlands whose Prime Minister Mark Rutte fully supported the actions of the European Commission against Poland during his speech in the European Parliament.

But planned financial cuts for Central Europe cannot be simply considered as a punishment for bad behaviour. Robin Huguenot-Noël from the European Policy Center believes that cuts are rather the result of a correction of the priorities of Brussels, which now, by allocating more money to the countries of the South of Europe, wants to guarantee greater stability in the euro area.

Huguenot-Noël: Cuts also affect those countries that are not in dispute with the Commission.

“This should not be interpreted as a punishment. Especially that cuts also affect those countries that are not in dispute with the Commission, „said the expert. The cuts in cohesion policy, the aim of which is to reduce different economic levels between regions, will also affect such countries as Germany or France.

One of the space on which dialogue takes place and in which Poland and also Czech Republic participates is the format Friends of Cohesion – a group of states whose ambition is stronger cohesion policy. This group consists of more than ten new Member States of the EU including Croatia.