Czech-Polish cooperation and the future of the EU: Consume benefits, avoid costs 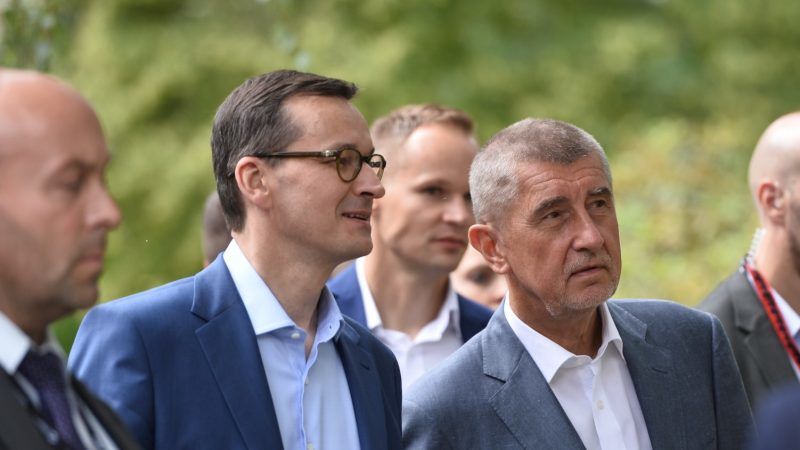 Stay in the EU or not to stay in the EU? According to the experts it is not an issue for Poland and Czech Republic. For both countries is important to remain in the EU, to gain benefits and to avoid costs.

Czech and Polish visions for the future of the EU seem generally similar but differ in details. The Czech government’s statement released in June considers enforcement of the EU reform to be a crucial priority. It says that “Regarding the future set of integration, the European Union has to do less more effectively. Also, it has to accentuate reinforcement of the role of member states in the Union.” There is also political consensus in Poland that reforms of the EU are necessary. The ruling Law and Justice (PiS) supports the idea of EU’s treaty changes – along with the whole V4 promoting the vision or more intergovernmental “Europe of Nations”.

As far as specific EU policies are concerned, Czech government highlights the need of high security of the EU external borders, and also fight against terrorism, radical Islamism and cyber-attacks. Moreover, the Czech Republic would like to strengthen its representation in the Union institutions and bodies. Finally, the government’s statement stresses that decision-making powers regarding receiving of refugees must remain in the hands of the member states.

Security is also one of the priorities of Polish European policy – especially ensuring stability at the Eastern EU border with Russia but also ensuring better security and defence capabilities in general – in cooperation with the EU, NATO and bilaterally with the US. Another priority is achieving energy security. Currently Poland’s energy mix is the least diversified in Europe, still Polish government struggles with coming up with a concrete strategy for the future 20-30 years. Poland also expects European solidarity against building Nord Stream 2.

EU solidarity is not the first connotation that comes to mind when other Europeans think “Poland”, especially due to the refugee crisis. Due to the Polish but also Czech reluctance towards relocation quotas, both countries may suffer with MFF reductions as a kind of punishment for the lack of solidarity. Not allowing for these reductions and safeguarding most positive financial conditions for the incoming years is another priority shared by Poland and Czech Republic.

Regarding migration and refugees, the governments of Poland and the Czech Republic unceasingly speak with one voice: the EU should abandon the idea of ​​a mandatory mechanism of relocation. Both states are in favour of the reform of the asylum system, opposed to automatism and any transnational solutions. They believe that all decisions regarding the reform of the asylum system should be taken at the level of the European Council and not at ministerial meetings without the possibility of a veto being used by any of the states.

On the contrary, experts point out that the Czech Republic over-stresses the issue of migration and that country puts too much energy into the rejecting the refugee quotas. According to a recently released analysis by Association for International Affairs, the Czech Republic should instead focus on enforcement of soft Brexit deal, better formulation of conditions for Czech entry to the eurozone, and on preparation for its future presidency of the Council in 2022. These are the real priorities of the Czech Republic, when you ask experts.

Morawiecki: EU is „some imaginary community“.

Polish government on the other hand does not invest much effort into discussing refugee quotas anymore – its position is clear and the EU has withdrawn from its initial plans seeing rising opposition from not only ‘rogue’ governments but also their voters. Thus, Polish politicians focus on the internal fights due to incoming local elections. And when there’s a talk about Europe by the top government politicians the role of the EU and its funds are diminished – for example Polish Prime Minister Mateusz Morawiecki recently called EU “some imaginary community”. What is diminished also is the volume of cohesion funds invested in Poland, despite this country has been their largest benefactor. Opposition, to the contrary, highlights the value of Europe and of Poland’s as the member of the EU. Even Czech Prime Minister Andrej Babiš marked the EU as a “great project”, therefore his rhetoric is much calmer than of his Polish counterpart.

Rhetoric of both countries could be often considered as very eurosceptic but leaving the EU is not an issue. In Poland, eurosceptic and anti-European rhetoric is used for internal politics, claims professor Agnieszka Cianciara from the Polish Academy of Sciences.

“The aim of the PiS government is to remain in the EU, at least in the medium term, and to achieve economic and financial benefits, while providing a free hand for ‘cherry picking’. In other words, we consume benefits and avoid costs,” expert said. According to her, the Polish approach is problematic and short-term. “If other countries would apply a similar strategy in a systemic way, the Union would risk falling apart.”

Czech expert Vít Hloušek from Masaryk University in Brno adds that the governmental euroscepticism in Poland is typically represented by national oriented conservatives, who would like the EU to be a union of sovereign states. It is different in the Czech Republic. Euroscepticism goes from communists to the far right oriented politicians such as Tomio Okamura and his political movement. As Hloušek adds “somewhere between these political actors lies the Czech eurosceptic mainstream represented by Civic Democratic Party and political movement ANO, but also by a part of socialists.”

Hloušek: As Brexit shows, the unimaginable is actually possible.

According to him, both the potential Czexit and Polexit are not on the table. Any of the mainstream political actors, namely Andrej Babiš and Jarosław Kaczyński, do not actually want to leave the Union.

“Although the politicians claim that they would support the EU membership in such referendum, it does not mean that the outcome would be to remain in the EU as well.  As Brexit shows, the unimaginable is actually possible,” says Hloušek.

Article 7 and its impact

Surveys showed that Czechs are much more eurosceptic than Poles but it is Poland that is currently in serious dispute with the EU. The European Commission activated the Article 7 of the Treaty on the EU because of the risk of a serious breach of the rule of law by Poland connected to its justice reform pushed by PiS.

The tension between the EU and Poland has a certain impact on the Czech-Polish relations. As the analysis by Association for International Affairs says, the Czech Republic looked for an appropriate statement concerning the intervention of the Polish government in local judiciary. The Czech diplomacy as well as Prime Minister Babiš did not criticize Poland as it stated that such problems must be settled by Poland itself. However, the European Network of Councils for the Judiciary (ENCJ) supported suspension of the Poland’s National Judiciary Council with just one opposing vote – that of Poland.

Cianciara: If there is a vote on the risk of rule of law violation in Poland, the Czech Republic may vote in favour.

“The case of Article 7 does not take place in a vacuum, but can be combined with other important issues for individual countries, for example negotiations regarding the new financial perspective,” pointed out Agnieszka Cianciara. According to the Polish expert there is very little chance of ever having to vote on sanctions against Poland after the activation of Article 7 but vote on determination of the risk of violation of the EU’s principles is possible.

“In the event that there is a vote on the risk of violation, the Czech Republic, with its own interests and benefits, may vote in favour,” professor Cianciara said.

During one of the meetings of the Prime Ministers, Mateusz Morawiecki assessed that Polish-Czech relations in many fields were „excellent“. He mentioned trade and economic cooperation, but also pushing mutual priorities in Europe – for example cohesion funds, agricultural funds, and of course, infrastructure funds.

According to the Czech Prime Minister, Poland and the Czech Republic share a common view of the future EU budget. The Czech Republic will strive for greater flexibility to have significant competence to make decisions on the distribution of funds at the national level. The main challenge for the Czech Republic will be the high absorption of EU subsidies to meet the needs of the most undeveloped regions – such as the three mining regions: Moravia-Silesia, Ústí nad Labem and Karlovy Vary.

As far as EU budget is concerned, Poland and the Czech Republic believe that each Member State should contribute more. Poland is against creating separate financial mechanisms for the euro area, which would be a separate budget. Warsaw is particularly concerned that this could mean a reduction in the contribution of the eurozone countries to the EU budget. The PiS government emphasizes that cohesion policy should remain the largest development policy serving all regions and EU countries. „We will not agree to the EC’s intentions regarding cohesion policy,“ said Prime Minister Mateusz Morawiecki. In turn, Minister of Foreign Affairs Jacek Czaputowicz called the draft budget presented by the EC „a good basis for further negotiations“.

Dostál: The stronger security actor Poland is, the safer the Czech Republic is.

According to the Czech Ministry of Foreign Affairs, the Czech Republic looks for Polish support not only in EU budget issues but also in several sectoral policies. Cooperation at the EU level is time-proven for example in the field of energy, namely in energy policy and in creation of the Energy Union.

“Another example of a great cooperation is establishment of the Digital Single Market, and also the development of digitalisation,” says Michal Bucháček on behalf of the Ministry of Foreign Affairs. “The Czech Republic and Poland actively participate in preparation of position papers which influence strategic work of the European Commission. In addition, they strive for such Digital Single Market, from which the EU citizens and entrepreneurs would benefit more and faster,” said Bucháček.