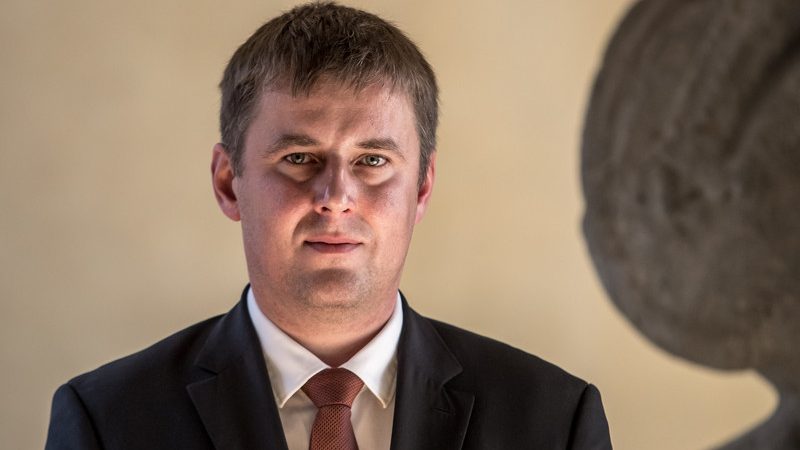 I am convinced that Czechia will catch up on Poland in defense spending soon, Czech Foreign Minister Tomáš Petříček (Social Democrats) told EURACTIV.cz in an interview.

Because of the new Rule of Law mechanism, Hungary and Poland are blocking the EU budget 2021-2027 and the recovery fund. You yourself have said that the RoL principle is a key value of the EU, and that delaying EU funds redistribution would be problematic. How big of a dent on the Czech-Polish relations it might be if the budget stays blocked?

It is normal that two otherwise very close nations, like Czechia and Poland, have different perspectives on many issues. The relations between our countries are excellent in the long-term sense, and I really don’t think their future development will be negatively influenced in any way by the current budget negotiations.

However the clock is ticking. Do you think a compromise will be reached in time?

I count on the experience and abilities of German EU Presidency. The inability or unwillingness to reach an agreement would harm both the EU as a whole and every single Member State and its people. Germany is trying to negotiate with Poland and Hungary, and I believe it will succeed.

What unites us with the Poles in relation to the European Union? What are our common interests?

There are many topics that unite us. Security policy, our views on transatlantic relations, Eastern Partnership or the EU enlargement process. We both focus on modernization and digital transformation of our economies to meet the goals of the Green Deal. At the same time we are trying to ensure just financing of regions most affected by the transition from coal industry.

Of course we also have 750 kilometers of common borders, thousands of interconnected families and therefore lively border traffic.

You mention the border regions. Czech-Polish cross-border and interregional cooperation is taking place within EU programs. In your opinion, what are the benefits of it?

Yes, this cooperation may not be as well-known or interesting, but the border regions function properly thanks to it. In essence, this cooperation is independent of the “big” politics between Prague and Warsaw. It is based on the daily needs of the people who know best how to use the available EU funds. A number of specific partnerships between cities and municipalities on both sides of the border are also very beneficial, they contribute to building mutual relations. We need them more than ever in these tough times.

Intensified and more strategic cooperation in various security areas is beginning to develop between the Czech Republic and Poland. Why is that?

In October, during negotiations with the Polish Minister of Foreign Affairs (Zbigniew) Rau, we agreed to resume the 2+2 dialogue, joint meetings of representatives of the Ministries of Defence and Foreign Affairs, which lasted until 2015. Our countries‘ positions in the security field are very close, we have a strong consensus in the area of risk assessment and we both acknowledge the key role of transatlantic cooperation. I believe it is only natural to intensify cooperation further.

Do we really find common ground in defence? As for budget expenditures, the approaches of Czechs and Poles seem rather different.

Enhanced dialogue in the field of security will naturally lead to more intensive cooperation in defence. I do not think that there is any fundamental discrepancy between the Czech Republic and Poland in the building and modernization of armies. It is true that Poland, unlike the Czech Republic, has managed to keep defence spending at 2% of GDP, but I am convinced that we too will soon reach this level. Although the pandemic intervened.

As you have already mentioned, the transformation of coal regions is also among the common interests. The Czechia and Poland are currently resolving a dispute with the European Commission over the extension of mining permission at the Turów mine in Poland. How sensitive is this topic at the diplomatic level? In your opinion, will a compromise be reached soon, or is the dispute going to drag on for years?

This is, of course, a very sensitive topic. Both for us and for the Poles. To me, the data on the impacts on life in the Liberec Region seem pretty clear. Poland has its own truth. We are now awaiting the opinion of the European Commission, and I hope that we will reach an out-of-court settlement. I do not want to comment on the process at this time, it is in the hands of lawyers and environmental experts. Whatever the outcome, I hope that neighbourly and diplomatic relations will overcome it.

What do you think will be necessary for countries like Czechia and Poland to do to move towards climate neutrality more quickly?

Among other things, make good use of the recovery plan after the COVID-19 pandemic. In this package, which amounts to about 182 billion crowns for us, the European Commission demands that at least 37% of the money is used for climate protection. I see the biggest potential mainly in the decarbonisation of energy sector and in reducing our countries‘ dependence on fossil fuels, especially coal. The development of renewable energy sources, research and the introduction of new technologies must go hand in hand with this. The Czechia should end its coal consumption by 2038, and of course the much-discussed completion of the Dukovany nuclear power plant is related to this.

Equal rights for everyone?

What do you think about the Polish approach towards LGBT+ rights or abortions, topics highly discussed in recent months? Czechia is very liberal in this manner, which is in contrast with the position of Poland.

I’m a tolerant person so I can’t agree with this approach. In this regard I’m glad to be living in the Czech Republic. The situation here is not ideal, but the majority of Czechs is tolerant and supports equality. In a regular democratic society equal rights should be guaranteed for everyone, regardless their gender, race, religion or sexual orientation. Unlike Poland, Czechia is a member of intergovernmental initiative called Equal Rights Coalition, which fully supports LGBT+ rights.