Expert: Poland and Czechia can benefit from strengthening their cooperation despite tensions 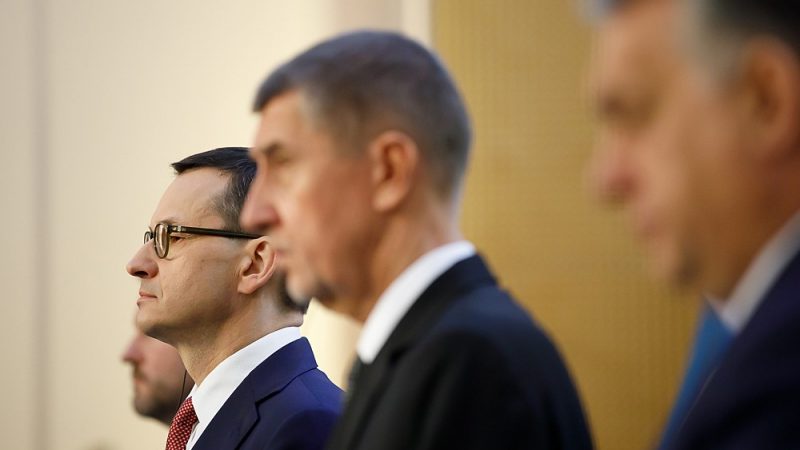 Both countries as well as the whole V4 are natural ambassadors of the Eastern Partnership and Western Balkans’ countries in the EU. However, particular countries of the region look at this cooperation differently, Łukasz Ogrodnik, analyst of the Central Europe program at Polish Institute of International Affairs (PISM) told EURACTIV.pl.

The head of Czech diplomacy, Tomáš Petříček has recently told EURACTIV.cz that relations between Czech Republic and Poland are exemplary. Do you agree with this opinion?

Similar declarations were said from both ministers of foreign affairs at the Polish-Czech Expert Forum co-organized by EURACTIV two weeks ago. Tomáš Petříček and Zbigniew Rau emphasized good relations between Poland and Czech Republic.

Polish-Czech relations are certainly intensive. Plenty of meetings are taking place regularly as well as consultations with Prime Ministers or Presidents, like recently or on the occasion of EU summit. However, Prague and Warsaw don’t always agree with all issues, what we’ve seen recently when there was a threat that Poland and Hungary would announce veto to the European budget.

Is it possible that different positions in the matter of relating European funds with the rule of law will  affect the bilateral relations?

Czech Republic as well as Slovakia and other EU members were relieved after the consensus in the EU budget was made by the European Council. Prague wanted to complete the new EU perspective and the Recovery Fund before the end of the year. Czech government is hoping to receive additional financial support to fight the economic effects of the pandemic.

Before the European summit there were questions in Czech and Slovak media if Poland and Hungary’s statement means the end of the Visegrad Group because diversity in governments’ positions is crucial for the European Union matter.

This issue may impose a shadow on Polish presidency in V4; it may impair the image of the Visegrad Group as a harmonious platform of regional cooperation. But it is neither the first nor the last tension in this platform.

In February next year there is a 30th anniversary of establishing the V4. From Prague and Warsaw’s point of view, is currently the Visegrad Group an important forum of regional cooperation or rather a „discussion club”?

The core of cooperation in the V4 is consulting positions in crucial issues for the region, discussed within the EU. After completing the objectives outlined in the Visegrad declaration from 1991, which was joining the EU and NATO, the cooperation has developed within sectoral policies.

It means that if possibilities to cooperate appear, the countries of V4 try to show up, no matter if it’s an economic or cultural area.

So what are the common interests of Czech Republic and Poland in the EU?

Both countries as well as the whole V4 are natural ambassadors of the Eastern Partnership and Western Balkans’ countries in the EU. However, particular countries of the region look at this cooperation differently.

Regarding geographic and historical reasons, Poland is more interested in the Eastern Partnership. In Czech Republic it’s more nuanced. Prague looks towards the South.

European integration of Western Balkans was one of the priorities of Czech presidency in V4 which preceded the Polish one. In September 2019, there was a Visegrad Group summit with Western Balkans countries organized in Prague. There were countries which aren’t in the EU yet – Albania, North Macedonia, Serbia, Bosnia and Herzegovina, Montenegro and Kosovo.

During the summit, a declaration was agreed, which said that „unification of Europe will not be possible if Balkan states are not in the European Union”.

What about the migration? Both Prague and Warsaw didn’t agree on compulsory refugees relocation in 2015.

It was an approach of the whole V4 but especially in Czech Republic trying not to allow the compulsory relocation had negative feedback from commentators who said that it damaged the Visegrad Group’s image inside Europe.

Czech Republic as well as Slovakia accepted some refugees which was only symbolic but it still raises emotions. Besides, the position from 2015 is maintained by governments and Prime Ministers of V4, including Andrej Babiš and Mateusz Morawiecki went to Brussels in September to make sure that the proposition of so called new migration pact excludes an obligation of compulsory refugees relocation.

Good relations with Western Balkans are significant also because of migration. These countries have a strategic location on probably the most important route for the refugees end economic migrants from Asia and Near East. It makes them even more crucial for the Visegrad which is opposed to compulsory refugees relocation.

It’s much more nuanced in Czech Republic. Prague is not opposed to Nord Stream 2. The Prime Minister Babiš, who is an economist and a business representative, has got a transactional approach towards natural resources.

As a consequence, the Prime Minister of Czech Republic puts an economical interest in the first place in relations with Russia. If an import of American gas through Świnoujście is more profitable, Czech Republic will be willing to import it through Poland.

However, it doesn’t mean an uncritical attitude towards Moscow’s activities and Czech counterespionage (BIS) has recently drawn attention to harmful and dangerous activities of Chinese and Russian intelligence services in the country.

In turn, president Miloš Zeman does not hide his support towards Russia. He doesn’t also avoid pro-Chinese gestures or statements. He is surrounded by advisors related to Russia or China.

There is also the chairman of the Senate Miloš Vystrčil who made an official trip to Taiwan with his delegation, which caused a negative reaction from Pekin. However, regardless of different views on foreign policy, the representatives of Czech parties mostly agree in priorities and regional cooperation.

Energetic policy could be the next bridge between Prague and Warsaw but Czech Republic seems to be more determined to achieve climate neutrality.

Czech Republic will probably resign from coal in 2038. They want to develop nuclear energy. According to the plans of Polish government to build the first nuclear power plant, it may give a reason to cooperate for example in talks with the European Commission about independent decisions in achieving climate neutrality.

But there are also different common aims in energetics, like cooperation in green transformation of the mining regions.

The dispute over further coal mining in Turów puts a shadow on regional cooperation. Is it possible that it will impair cross-border relations?

The dispute over Turów which had already continued under the previous government proved that despite „intensive relations” it is impossible to solve some of the bilateral tensions. After a few years Czech decided that moving the dispute into the European forum will speed up the solution.

For Prague it is important regarding the environmental and hydrological issues. However, an acceleration is mainly because of the local governments which lobbied in the state government not to leave this matter.

But above all, pandemic is the most problematic. The euro regions representatives claim that the last months have made this cooperation go backwards by a few years.

Czech Republic and Poland still don’t have the euro. Are there any concerns in Czech Republic that in a long term perspective it will cause moving Prague away from the „hard core” of the EU?

Perhaps change in social moods could contribute to changing policy but most of Czech people are skeptical towards the euro which is noticed by the government.

Talking to EURACTIV.cz, minister Petříček supported LGBT+ people’s rights quite clearly. Will the differences on this issue have an influence on bilateral relations?

I don’t think that it will affect the bilateral relations. It’s different than in for example relations between Benelux and Poland where the matter of LGBT+ people’s rights is visible. But the statement made by the head of Czech diplomacy points that Czech Republic follows this issue, even if it’s not exposed in the context of bilateral relations.

Would you conclude which country has more benefits from bilateral relations and who needs whom more?

It’s hard to tell who benefits more on the cooperation regarding such close neighbors. Czech Republic and Poland are connected by an almost 800 km border. Trade exchange exceeds 20 mld euro every year. There are also numerous contacts between people and political ones. Deepening cooperation may be profitable for both states, even if there are misunderstandings sometimes, like in the Turów case.