Czech foreign affairs official: Unlike the Czechs, Poles would like to influence the EU values 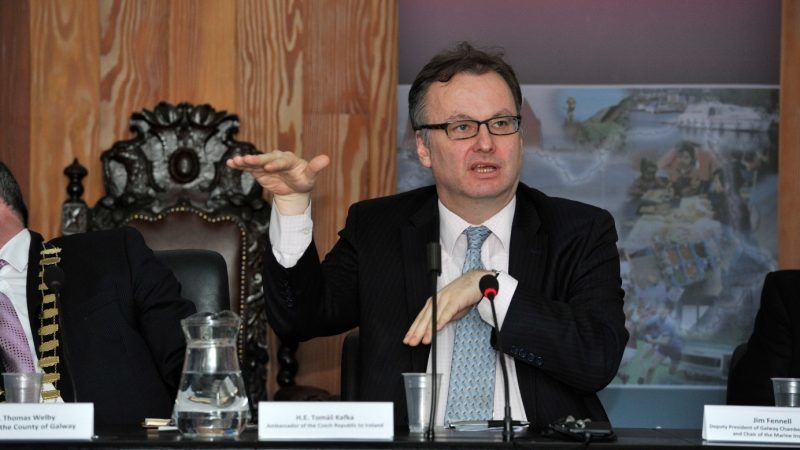 Tomáš Kafka from the Ministry of Foreign Affairs is in charge of the Central Europe Department. Temporarily he also holds the position of Deputy Minister in the European Section.

What are the main priorities of the Czech Republic at EU level?

The priority is to keep the EU united and functional and to not let Europe divide into East and West or, as was imminent during fiscal crises, into North and South. More and more often we hear statements that various crises may come back with even bigger impact. That is why we need the EU to be resistant and responsible.

Talking about crises, what challenges in your opinion will the EU have to take on in upcoming years?

Challenges may be short-term and “defensive”, which means tackling current crises, but also long-term and positive, leading to strengthening the EU’s position in more and more globalised and less and less predictable World. Nevertheless, we should not scare ourselves. The fear of what comes in the future is basically the same as the fear of the unresolved past that came after the fall of communism. It is still true that only patient and resistant EU will be able to adequately response to all new future challenges.

Let us go into details. The current government’s declaration from June mentions a Czech ambition to push through a reform of the EU. “The EU should do less, but much better. Roles of nation states should be strengthened.” Could you describe the Czech vision in more detail?

The Czech view focuses on finding the right combination of the subsidiarity principle during tackling European agenda and strengthening reciprocity at European level while defining sustainable goals and looking for the right pace of European integration. The EU has to be close to its citizens, but at the same time it has to utilize the power and abilities of all member states. The goal is to preserve the liberal ideas of the year 1989 as much as we can, the EU should feel obligated to do so. The Czech Republic does not want and can not want the EU to be marginalised by focusing only on particular interests of certain member countries.

What kind of the EU the Czech Republic wants in the future?

United, patient and what is most important – functional.

You focus on the Central Europe, so let us talk about one of our nearest neighbours. Do you think that Czech and Polish visions on the EU’s future are similar?

Visions are very close, but there are some differences. The Czech Republic as a secular state with open, export-oriented and highly liberalised economy wants united, liberal and functional EU. Typical for Poland is to highlight traditional values, religion and the church have a very strong position in Polish society. In this regard there exists an effort to influence the value paradigm of the whole EU. The Czech Republic does not have this ambition.

Attitudes towards the process of European integration differ. French president Macron often promotes the idea of “multi-speed” Europe. Is this concept acceptable for the Czech Republic? What about Poland?

The multispeed Europe is a reality today – just look at how the maps of the EU, the Eurozone and the Schengen area are different. It is about accepting the trend of alienation of EU Member States which might replace the principles of unity and inclusion. A symbol of not accepting this process of alienation may be a “two-speed” Europe, dividing the EU to East and West sections. The Czech Republic and Poland both categorically refuse this model.

You mentioned the Eurozone. Both Poland and the Czech Republic are not members yet and current Czech government as well as the previous one keeps postponing the decision when to adopt the euro. In your opinion, which of these two states will have the new currency first?

Adopting the euro is not a competition, but a rather complicated process of defining national interests of each Member State as a part of fulfilling “homework” and obligations towards the EU as well as towards citizens. If it were a competition, I believe Poland and the Czech Republic would both already be members of the Eurozone.

If we focus on Czech-Polish relations in the European context, in which politics or topics do these two countries closely cooperate during negotiations at the EU level? Do they have similar priorities?

They both support cohesion of EU politics, solving the migration issues, keeping the Transatlantic ties strong as a part of building the security and foreign policy. They cooperate during negotiating of the Multiannual Financial Framework, and both want to keep the Central Europe region competitive and the integration process going – they focus on Western Balkans and countries of the Eastern Partnership. A common priority is also to keep their citizens believing in such integration process even during times of uncertainty. 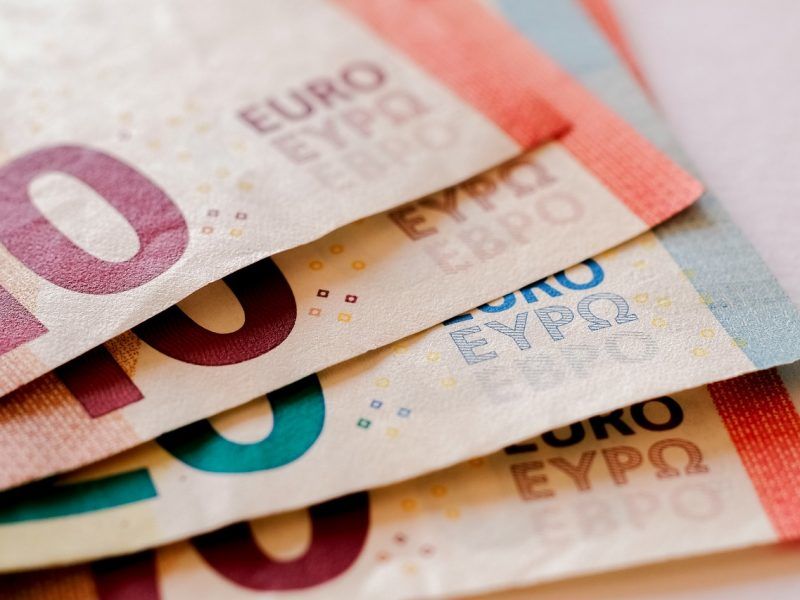 No cuts in cohesion and agricultural funds, greater flexibility and less administrative burdens. That’s how the Czech Republic and Poland see the future EU’s budget.

Are there politics with a potential of a closer future cooperation between Poland and the Czech Republic?

I do not expect any dramatic development in this area in comparison with today. Typical for Czech-Polish relations is a close cooperation in defence politics, there is an above average increase in trade exchange and cross-border cooperation is in excellent condition, too.

We have touched upon migration. The Czech Republic accent this topic very much for a number of years. Can you compare the Czech and Polish attitudes towards dealing with migration issues at the European level?

Poland and the Czech Republic both show solidarity especially in cooperation with countries of origin of migration, they also feel responsible for their partners in Eastern and South-Eastern Europe. They demonstrated this again and again during Balkan wars in the nineties and during the conflict between Ukraine and Russia as well.

What is the Czech attitude towards the Three Seas Initiative, which was established by Poland? Germany is now interested in joining the group.

The Czech Republic looks at this initiative in a pragmatic way and instead of political statements prefers a joint effort to improve the infrastructure of the Central-European region, while respecting the “bottom-up” principle. That means uniting forces wherever there are genuine demands from Central-European companies or local governments. The Czech Republic wants to be inclusive as to prevent any unnecessary worries if the project should accept the division of the EU into East and West. That is among the reasons we welcome Germany or the Commission joining the projects or activities of the Three Seas Initiative. It has a material as well as a symbolic value. The goals of the Initiative themselves are close to us, that is why we plan to be constructive in any upcoming negotiations.

On what other platforms do Poland and the Czech Republic cooperate?

Besides V4 and 16+1 (cooperation between countries of Central and Eastern Europe with China) there is also significant cooperation on a bilateral level – the Czech-Polish Intergovernmental Commissions for Cross-border Cooperation and Czech-Polish Forum. These help us to get to know each other better and improve our unity.

I would like to talk about a more sensitive subject as well. How does the dispute between Poland and the EU influence Czech-Polish relations?

The Czech Republic supports solving this conflict by an open and constructive discussion between the Polish government and the European Commission. The Czechs see rational arguments on both sides – the Commission and current Polish opposition, as well as the Polish government as the proponent of the reform. On no account we wish the conflict to escalate to a state of misunderstanding or despair, especially having in mind very good Czech-Polish relations. 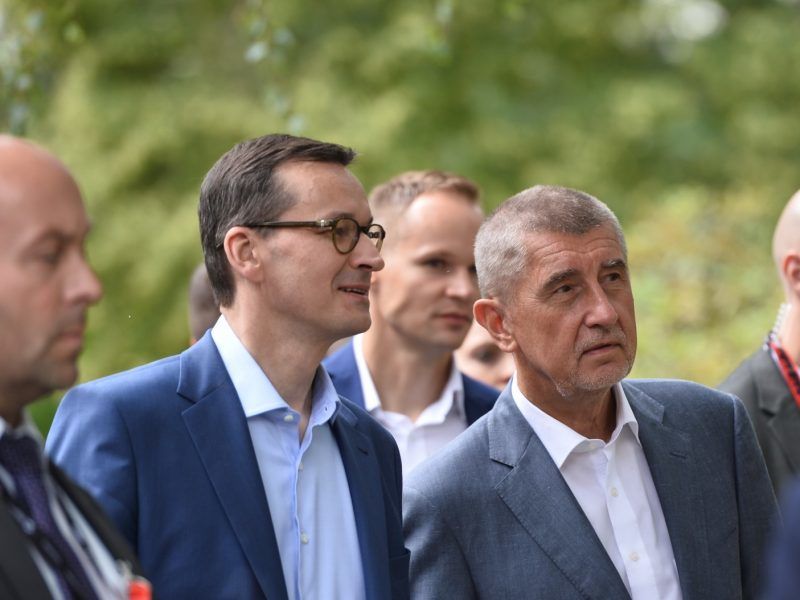 Czech-Polish cooperation and the future of the EU: Consume benefits, avoid costs

Stay in the EU or not to stay in the EU? According to the experts it is not an issue for Poland and Czech Republic. For both countries is important to remain in the EU, to gain benefits and to avoid costs.

Another member of the Visegrad Group, Hungary, has a problem with the EU as well. Is it difficult for the Czech Republic to “balance” its obligations towards the EU with solidarity with our partners in V4? Do Czechs have to choose which of these two sides to support?

V4 has always been a space of a mutual trust, where the point is not to find common solutions at any cost, but to understand today’s World and our options to succeed. No V4 country wants to lose this trust, this privilege, but that does not mean we have to share opinions. Thinking about a solidarity with the EU or with V4 can unnecessarily complicate an open and constructive debate.

I would end with a “lighter” topic. What do Czech and Polish people have in common? What are the differences between them?

The Czechs and the Poles are united by a common historic experience of the last seventy years. The result is the same doubts about any long-term visions or projects bringing quick and significant social changes. The Poles can understand and appreciate the specific Czech humour with its irony and absurdity. In many areas I see differences as well. The Czechs tend to not take anything too seriously, the Poles on the other hand believe in unquestionable values and authorities. Czech people are rather pragmatic, people from Poland are more romantic and determined.